What a strange time it is. In Philadelphia, all non-essential businesses were closed in March, which included real estate transactions. When it first happened, everyone was a little freaked out about going anywhere. People were hoarding toilet paper and cleaning supplies.. not leaving their houses.. and it was impossible to really get anything done.

I first approached my real estate agent at the end of February. We met February 23rd and we walked through the house while he offered some suggestions for updates to make it more appealing to buyers. It was in no way ready for photographs at that point, but I needed to get ready if I were to put it on the spring market cycle.

The biggest task I needed to do was to replace the front door. It took me a few days to get quotes for a door replacement and all of them were around $3,700. I knew a door cost less than $500, so I decided to get my handy parents involved. My dad came the first weekend of March and replaced the door for me for around $400 total.

After the door replacement, I had to do a LOT of de-cluttering in the house to clear it out and “make it look like a magazine”. I sold a table and 4 chairs, a coffee table (after I made this one), put knick knacks in storage bins in the basement, and got ruthless about what we needed to keep.

I took a trip to Target and bought new bedding, bedside table lamps, pillows, a marble tray, a new door mat, and some smaller decor. I was getting classic staging items – things that I thought would help make the house look like a magazine. Everything was neutral colored and matched the style of the house. I did splurge, but I felt like it was both an investment in my house and in any items I may need staging a future house (or just decorating mine!)

I took out all the little eyesores that could clutter up a photo and hid them away – think: photos on the fridge, dish drying rack, extra shoes, jackets on the coat hooks. The goal was to make this look like a hotel room, like nobody lived here so that the buyers could imagine what it would be like for them to live here.

My photographer showed up on March 17th for regular photographs and then again on March 19th for the 3D virtual tour photographs. He had gloves and mask on for both visits. My boyfriend was around to help move some things out of the way for photos. We have a red Keurig I didn’t want in any pictures and a black trash can, for example. They are items we use every day so I couldn’t store them away, and too big to hide in a closet so.. we just moved them for pictures.

Times were extremely uncertain when we wanted to list the property, so we chose to list it as a “Coming Soon”. The idea was that when the stay at home orders were lifted, we could just switch it to Active and start accepting showings. Well, the stay at home orders kept getting extended and we realized that we don’t know if they would ever be lifted.

After a couple weeks we decided to change it to Active and see what happened. We got interest immediately and had our first showing booked within an hour after it was listed!

We obviously could not hold a traditional open house, so my agent got creative and hosted a “Virtual Broker’s Open”. He set up a Zoom meeting and invited all the agents he knew in the area. He introduced the house and the property and then passed the baton over to me to give a tour of the house. I clipped my phone up to a selfy stick and actually had a great time explaining in detail all the rooms, the renovations that had been done, and the design decisions I made. There ended up being 49 people on the call watching where there typically may be closer to 5-10 people.

After the virtual open I recorded my own video walk through of the house and the features. This would be used to send to anyone interested in having a showing, but ineligible due to the Covid-19 restrictions. It eventually made it to Trulia and was the first ‘image’ of the slideshow!

If you know me, you know I love projects so I took this time that I had stuck at home to continue making improvements to the house. I thought of smaller, low cost projects that would make a big impact from a buyer’s perspective. I knew two things were a sticking point: the backyard and the basement. I hung up terra cotta planters in the backyard to add a little warmth to the cold cinder block space and painted the walls in the stairway to the basement. These two little things made such a difference in making the home feel finishes.

Showings was where it got really interesting. In the first couple weeks, the direction was not very clear where real estate showings landed in Governor Wolf’s plans to close down the State. We had 2 showings where the buyers would enter the house without an agent. One person we vetted before they came and the other couple I knew personally, so I was not concerned. With our Xfinity home security system we know when the doors open or close and have one camera at the door to know whether people are leaving with anything.

All the buyers were represented by an agent, were pre-approved, required to wear masks, use the hand sanitizer we left at the door, and instructed to limit the number of items they touched.

Eventually, there was more clear direction that there were no in person showings allowed, unless the buyer had either sold their house or given their landlords notice that they were moving before March 19th.

Every time a showing happened we had to put the house back to magazine status! 😛 Which was actually very nice since it forced us to clean up all our clutter. It was especially nice since we now spend 24-7 at home. In some cases we had showings two days in a row and since we didn’t want to mess the kitchen up, would use it as an excuse to order food in.

We also took this time to take a walk around the neighborhood and enjoy the nice weather. Spring time is beautiful in Philadelphia and we have been spending most of it inside, due to corona. It has been nice to escape for an hour here and there to explore the city a little bit more.

I will do another post on the actual timeline of events that happened. At the time I’m writing this I’m so happy to say the house is Under Contract!! We’re deep into looking for our next apartment and I can’t wait to share more on that whole process as well. If you have been doing real estate deals during Coronavirus let me know in the comments what things you’ve done to adjust during these times! 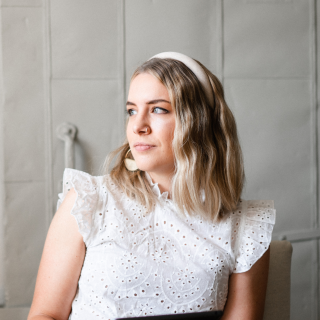 🚩Red flags that drove me to fire my contractor 🚩
Celebrate progress! 🤗 The countertop is a mess and the shelves are on backwards 🤪 but this kitchen is coming together!!!
✨Backsplash Progress!!✨We’re so close to finishing this kitchen up! It took us all weekend to finish setting the tiles and grouting. This pic is before grouting - I just want to celebrate this project at every stage I can!
%d bloggers like this: